Acclaimed by viewers worldwide, Dream Racer is the most awarded motorcycle film of all time with 10 International Film Awards — and dubbed “The Motivational Film of the Decade.”

For the first time in a feature length film, Dream Racer shows the legendary Dakar Rally in its purest form – no sponsors, no multi-million dollar team, not even a mechanic – just one rider, a motorbike, a film maker and the world’s most dangerous motor race. Far more than just a motorbike movie, Dream Racer is a call to arms for anyone who has ever dreamt of doing anything – a spine tingling antidote to the fear of life passing you by unfulfilled.

There are no reviews yet. 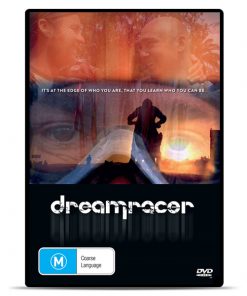