Documentaries aren’t just entertainment; a good documentary inspires you and provides insight into the mindset of human condition. Thousands of documentaries have made millions of us laugh, cry, and think over the years. Here at Dream Racer TV, we’ve sought out some of the most inspirational, award-winning, and overall best documentary films for you to enjoy in one place.

With so many options, it can be hard to single out a few to receive our strongest recommendation. Nonetheless, we’ve selected the following movies to show you just a bit of what we have to offer you. Our selection ranges from world-famous stories about the Dakar Rally to one drifter’s journey around the world.

This film is inseparable from the concept of the pure, honest documentary. It strips away the sponsors, the media coverage, and the like. Instead, it uses one racer and a cameraman to tell the story of the world’s most famous motorbike race, the Dakar Rally. Dream Racer faces the fear of stagnation and boredom that we all face at one point or another, but refuses to bow to it and becomes a story about chasing our dreams.

Somewhere Else Tomorrow grapples with life’s problems, but in a novel, unique way. Unwilling to settle down to a dull job after graduating from college, our protagonist decides to take a journey across the world. But without the money to finance it, what is he left to do? He heads out anyway, deciding that he’ll find jobs along the way and finance his adventure as he goes. Watch as Daniel Rintz faces danger and hardship while also making connections and stories that no ivory tower hotel will ever replicate.

Tiziano Vescovi is a young, Swiss butcher in the tiny village of Blenio with dreams of setting a world speed record on his motorbike. Every summer, racers descend upon the Bonneville Salt Flats in Utah — which give the film its name — Blenio, Utah, It’s no wonder that Tiziano and his Ticino-built motorcycle were destined to visit the salt flats, but can he achieve his dream once he arrives? 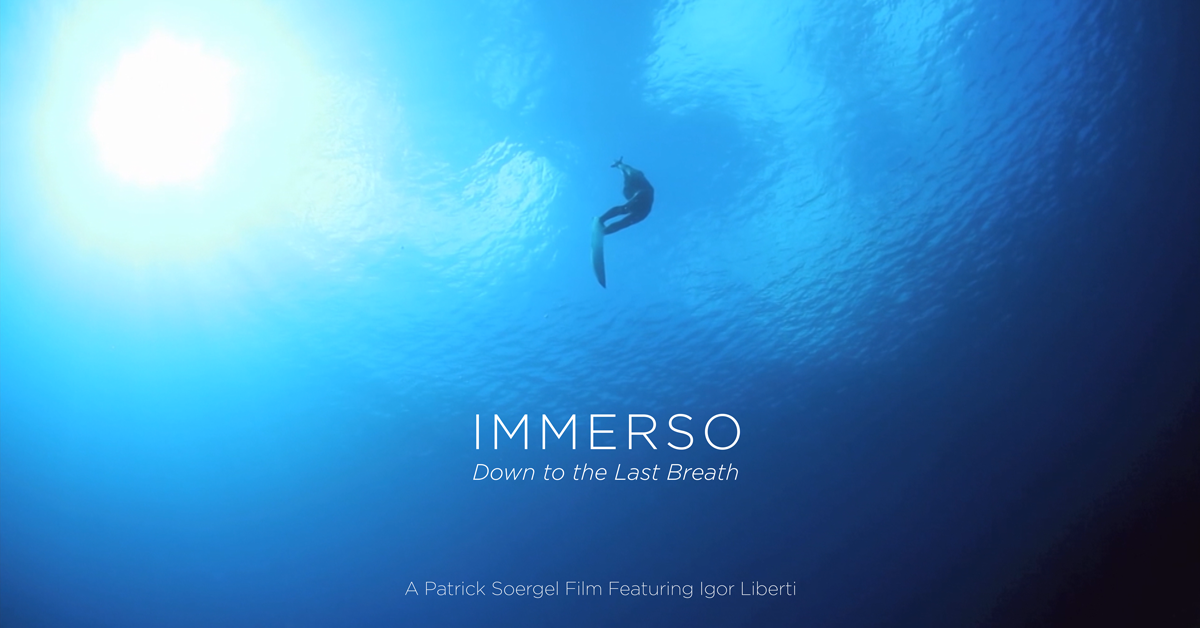 Common wisdom goes that we know more about the surface of Mars than the depths of the ocean, and this alien realm on our own planet is the setting of Immerso. Igor Liberti relishes the joys of freediving but struggles to make a living from it. In Immerso, he shares his love of the open water and his determination to become the Swiss freediving champion.

Artist and amateur sailor, Nick Jaffe, has been living in Berlin and has decided to take the long way home to Australia. Some call it brave, others think it’s crazy, but Nick decides to sail solo from the UK to Australia, negotiating the treacherous waters of the Pacific and Atlantic Oceans.

Nick had never sailed before!

Both the freedom and the fragility of cutting oneself from “life issues” has never seemed more powerfully in play as Nick turns his camera out to the ocean with an endless empty horizon in each and every direction.

Watch all films on Dreamracer TV 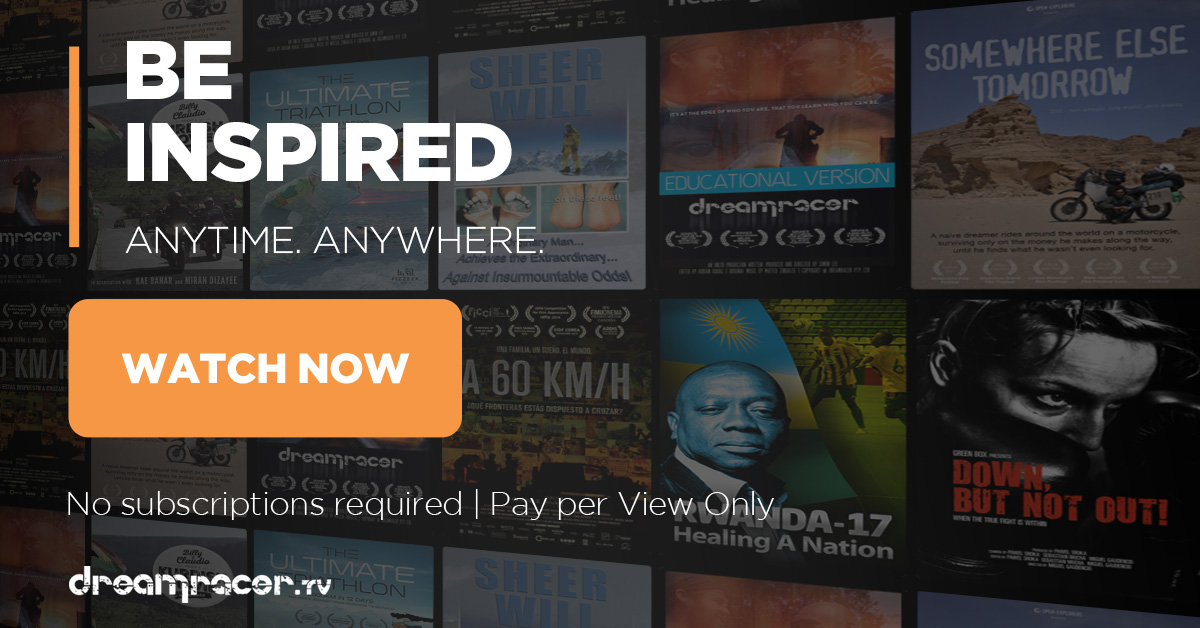 These incredible stories are just the tip of the iceberg when it comes to the real, amazing things that human beings are doing every day. While countless inspirational stories are lost to the ages, we cherish the documentaries we can find and use our platform to share them with you.

Sign up for Dream Racer TV to enjoy some of the best documentary films from the comfort of your home.

Based on the Dakar Rally, Dream Racer is an inspiring account of the fear of life going by unfulfilled and the pursuit of dreams as the antidote to this fear.

The film tells the extraordinary true story of French Australian Business Consultant Christophe Barriere-Varju who defies extreme physical hardship and personal tragedy as he attempts to take on the world’s most dangerous motor race, the Dakar Rally, on a motorbike.

The Dream Racer film shows The Dakar Rally in  its purest form – no sponsors, no multi-million dollar team, not even a  mechanic – just one man, a motorbike, his tool-roll, and the world’s  most dangerous motor race.

Dream Racer has won multiple awards around the globe, is now the most awarded motorcycle documentary film of all time.

Dream Racer has been acclaimed by Mitchell Block, producer of academy award documentary Big Mama as “A COMPELLING, MOVING AND POWERFUL FILM.”

Candide McDonald from Australian Creative Magazine dubbed Dream Racer as “THE MOTIVATIONAL FILM OF THE DECADE.“